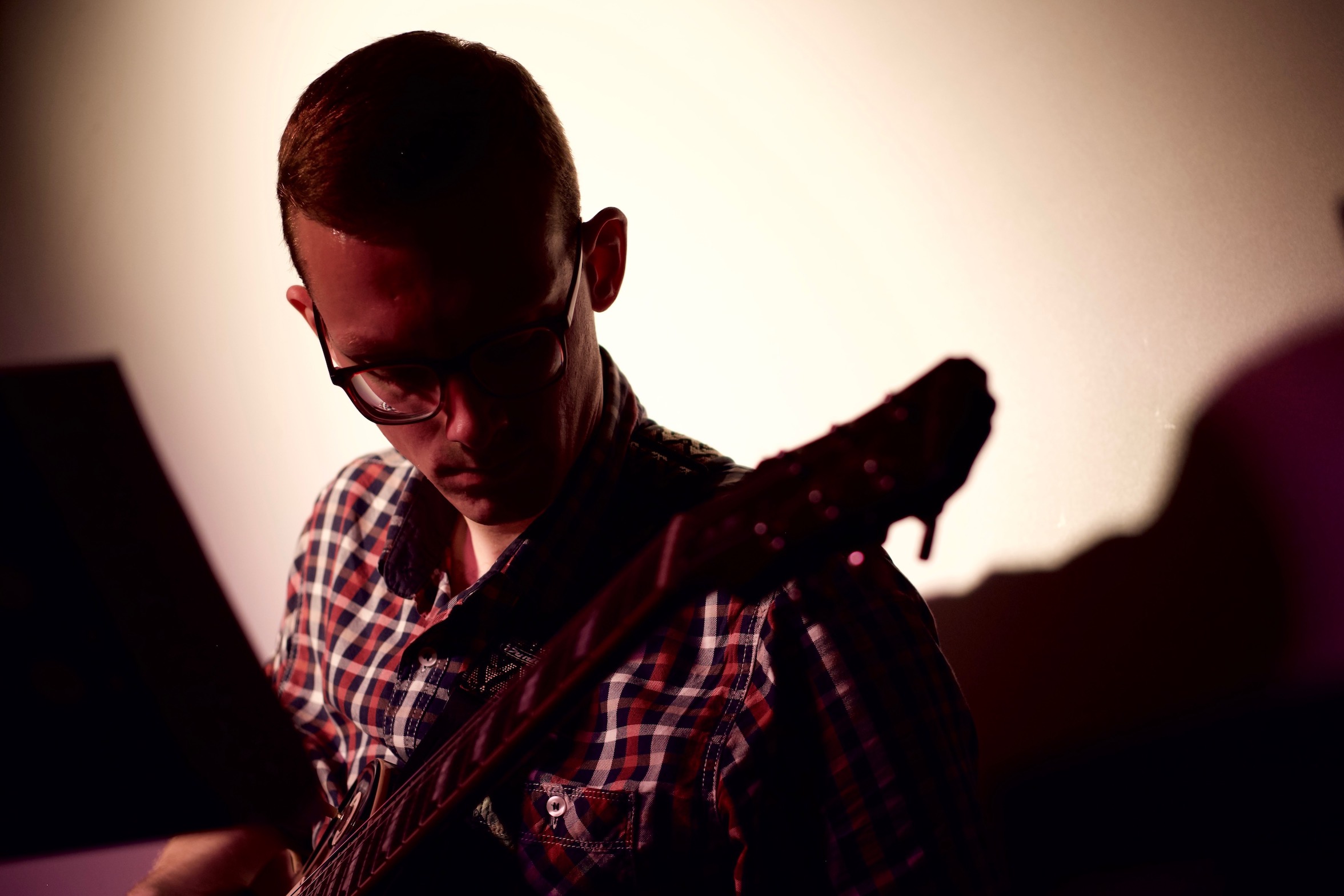 Ben Jameson is a composer and electric guitarist based in Bristol, in the south west of England. In 2017, he completed a PhD in composition at the University of Southampton with Matthew Shlomowitz and Benjamin Oliver. His research investigated the use of the electric guitar in contemporary concert music, with a particular focus on how its associations from popular culture influence the way that composers and audiences view the instrument.

Ben’s music often engages with material from popular music traditions (particularly rock and metal), placing it in new and unexpected contexts, and using techniques of experimental music to uncover new potential in these sounds and gestures. He has composed works exploring the physical gestural language of musical performance, as well as pieces exploring microtonal tuning systems based on the harmonic series. It has been performed in the UK, Germany and Belgium, by musicians such as Plus-Minus Ensemble, Mark Knoop, Ensemble Fractales and the Percussion Ensemble of the Freiburg Hochschule für Musik.

Ben is active as a performer of contemporary repertoire for the electric guitar (including his own work) and has played at concert series including London’s Kammer Klang and Weisslich. He also performs with and co-directs the Southampton-based contemporary music ensemble ‘OUT-TAKE’. As a researcher, Ben has presented at conferences in the UK and USA, and has published an article based on his PhD work in the ‘TEMPO’ journal of new music.